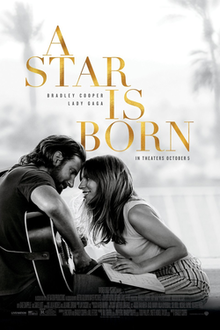 There seems to be a current trend of singers getting into acting such as Lady Gaga (“A Star is Born” (2018), “Joker: Folie à Deux” coming in 2024), Harry Styles (“Don’t Worry Darling”, “My Policeman”), and Taylor Swift (“Amsterdam”) so I thought I’d comment on some of the actors and actresses who were previously singers.

Originally, a some of the performers could sing and dance and act such as Judy Garland and Gene Kelly.  Then it changed into separate groups but that didn’t stop people like Elvis Presley, Frank Sinatra, and Barbara Streisand from jumping from one category to another.  Now it seems like a lot of popular singers and band members try their hand at acting.  Even Bruce Springsteen has had a cameo in a couple things (“Broken Poet”, “Lillyhammer” TV series).

These are 10 popular singers that have also acted.  In alphabetical order:

This is just a small sample of all the singers who have acted in movies or TV shows because a complete list would go to maybe 50 singers (including Madonna, Britney Spears, Snoop Dog, Eminem, Mandy Moore, Christina Aguilera, Elton John, Paula Abdul, etc, etc, etc) and the list is getting bigger all the time.