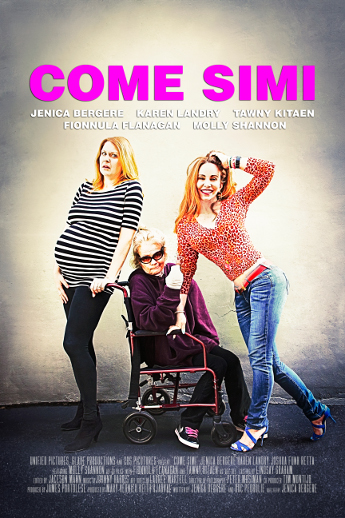 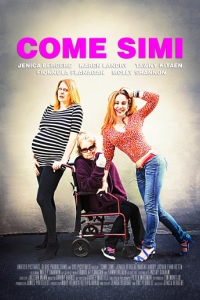 First-time director Jenica Bergere has rendered a lovingly crafted indie in Come Simi, a film in which she also stars. The title is a cute play on the request as much as the little hamlet known as Simi Valley in the dry hills north of Los Angeles; a city which is perhaps best known for Ronald Reagan as much as it is for Rodney King. The story kicks off with an introduction to both Jenica’s unborn child via an ultra-sound as well as her electronic therapist-cum-GPS navigator “Go Pilot” (Molly Shannon). As a plot facilitator, the GPS quickly takes a back seat to some wonderful performances across the board by the largely female led cast. Winding along the dreaded 405 corridor that connects the San Fernando Valley to the Los Angeles Basin, we are slowly invited into Jenica’s world which almost mirrors the divide in the city itself. On one side of Los Angeles, Jenica has a loving relationship and a burgeoning career as an actress. Just over the hill in the Valley however, we find her amongst a fractured family with an irascible and infirm mother, an estranged porn star sister and a long out of touch aunt.

Come Simi is a quintessentially “L.A.” story, which delicately pulls back the layers and reveals a heart felt tale about a woman trying to reconcile old familial conflicts before the birth of her child. Ms. Bergere and fellow writer Doc Pedrolie have written a strong, believable piece that has a wonderful balance of humor, drama and quirkiness. The film never takes itself too seriously and yet is crafted remarkably well, with DP Peter Mosiman and Production Designer Lauree Martell making excellent use of what are most certainly practical locations. As noted before, what really makes the film stand out though, are the performances from the cast. The depth of the talent is probably best displayed by Ms. Bergere herself, as her performance is pretty seamless throughout. This would be a feat in itself, never mind while trying to simultaneously helm an indie feature. Karen Landry is a delight as the stroke impaired, but still strong willed matriarch of the family and Tawny Kitaen quickly reminded us that she has a well earned resume as an actress, giving a fun, nuanced and graceful turn as Jenica’s black sheep sister.

All in all, Come Simi was a thoughtful and touching little movie. The film captures a slice of Los Angeles life that will quickly resonate with the locals, while the broader themes of family relationships and struggles give real life to this unique tale. Of course, the film does have it’s share of little hiccups here and there, but overall, it is definitely worth seeing. And, let’s face it, who couldn’t use a little zen GPS wisdom after sitting on the 405 in rush hour?