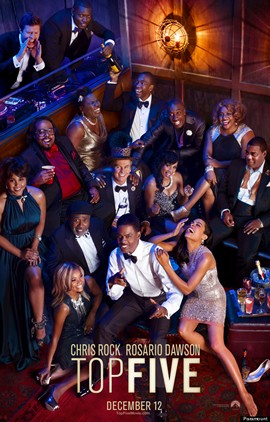 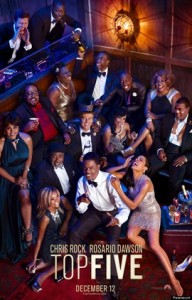 Tis the season of self-validation. Michael Keaton is proving he can transition from “Batman” to “Birdman.” Reese Witherspoon is showing she can be authentically “Wild,” rather than just “Legally Blonde.” And now Chris Rock is trying to demonstrate he’s more than a stand-up comic; he can write and direct and star in a movie to restart his career. What’s he’s attempted is to make a funny – and insightful – version of what Richard Linklater (most recently in “Before Midnight”) does so brilliantly: bring two people together and have them walk and talk and reveal some fundamental truths about life. The fact that he has at least partially succeeded is because the character played by Rosario Dawson. When Dawson’s in the scene, there is more warmth on the screen. As she (Chelsea) and Rock (Andre) talk and walk the streets of Manhattan, they provide the best moments, the most truthful parts, of this movie.

What doesn’t work so well – and feels so contrived – is almost everything else – especially the very long and unnecessary sex scenes in a hotel room and in a strip club with un-credited A-list actors doing B-quality work. In fact, overall, the movie is incessantly raunchy and often rambling, touching on all the downsides of stardom, but in ways that make more sense to stars than they do to audiences. Virtually every sequence – and line of dialog – is more “blue” than it needs to be; to me, the “N” word is hurtful – not hilarious – whether it’s being spoken by Blacks or Whites. And adding “mother***r” to a line of dialog doesn’t make it automatically funny. But, for all of its crude language, there are moments in here that are more touching that you might expect — and the ending provides a sense of hope. Chris Rock has made this movie to prove he can be a seriously good actor. We need more proof.