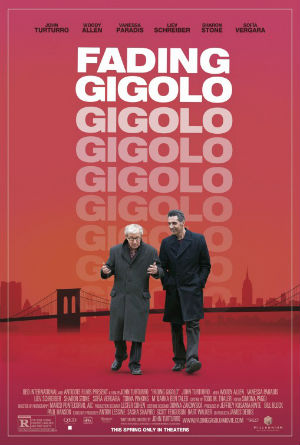 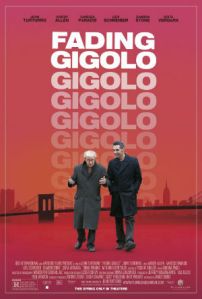 This movie is a combination of three stories – one preposterous, one scary, one completely unnecessary. First, the preposterous: characters played by Sharon Stone and Sofia Vergara have to pay for sex with a character played by John Turturro. And – what’s even more unbelievable – they have to pay double for a three-some. He’s clearly a man with his values all mixed up. Now – the scary: Woody Allen is a guardian of several young children. He is completely inept at the job, but even more important — can the casting agents not read the papers? Don’t they know his history around kids?

And finally, the unnecessary: the entire movie is overladen with multiple Jewish references culminating in a kind of trial that makes Rabbis look out of touch with reality and a bit foolish. The few Rabbis I’ve met were incredibly intelligent men; why even go there? With all that going on – and especially with the female cast – you’d figure that this could be one titillating (or at least, funny) movie, but then, you’d be figuring all wrong. Sharon Stone mostly just sits around trying to show how incredibly long her legs are. Sofia Vergara tries to act enthusiastic while applying liquid lipstick and standing around in fourteen-inch heels. John Turturro tries to look soulful and thoughtful – and Woody Allen delivers his long, nervous-tick-filed monologues that never even approach funny and go way beyond annoying. As Turturro’s camera pans around New York City, Woody just rambles on – and so does the movie. Watching this is like watching paint fade – and, in this case, the paint is a dull shade of beige.