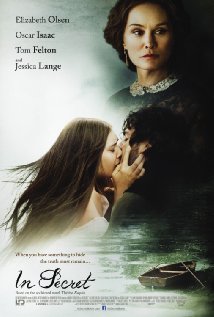 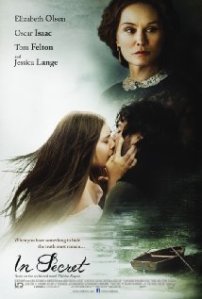 Before seeing this, I would have told you that Elizabeth Olsen was never in a movie I didn’t enjoy. I would have said that she had never played a character I didn’t believe. But, now this. Oh, this is just so bad in so many ways; it’s overwrought, overplayed, predictable, with every move telegraphed so far in advance, by so many thin performances that, well, Olsen simply must be embarrassed that she ever signed up to do it. Maybe it was the opportunity to work with Jessica Lange, who plays her adopted mother; it’s couldn’t have been the chance to work with Oscar Isaac, who plays her lover because they have no chemistry together. And it must not have the desire to work with Charles Stratton who directed this because he has no idea what he’s doing.

This is a historic romantic thriller that is an interminable, gloomy and boring mess. We just don’t know how to feel about any of the characters because they don’t give us much to work with. The leads are often shrewish, the secondary characters are thinly sketched and not allowed to go anywhere interesting. The cinematography is often dark and occasionally beautiful, but it looks like the whole film was done on the cheap. Lange has the best role and she sets the plot in motion, tries to take it another level, but then ends up about as frustrated as we are. In the end, the difference between her and us is – she cares what happens; we don’t.