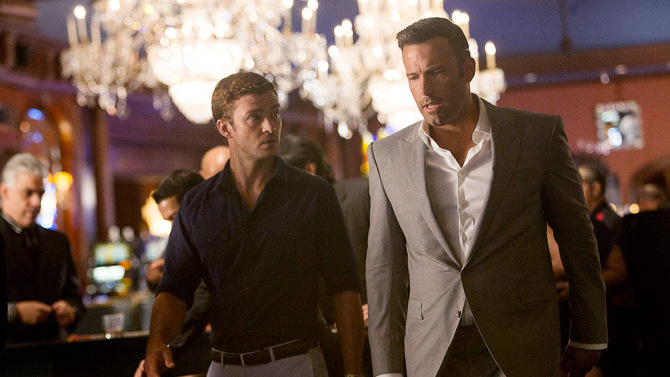 This hardly seems remarkable or even noteworthy, save for the continuing inability of the executive class to distinguish between correlation and causation. Here, we’ve got the ‘star-power’ of Justin Timberlake and Ben Affleck seemingly unable to overcome terrible reviews and an otherwise formulaic story line.

This also ignores the fact that the film barely topped a 3-week old ‘Prisoners’ and got completely stuffed by a 2-week old ‘Cloudy 2’, but yet the same analysts would point to ‘Gravity’ as another possible source of their box office woe. Presumably, ‘Prisoners’ and ‘Cloudy 2’ should have also nearly disappeared from the box office scene if the ‘Gravity’ juggernaut were to blame.

Stars get budgets. Good films get people in seats. It’s as simple as that. The balance of the analysis beyond that is just about as useful as stock analysis…a cute form of entertainment for the prognosticators and otherwise a waste of good, breathable air for anyone trying to draw a meaningful conclusion.

Check out the full story at  Variety.